Looked legitimate to me

Apparently from the YT Channel https://www.youtube.com/user/CrackerMilk/videos but I haven't found the video yet.

Not really reddit. But I found out about this Stavros Halkias guy from r/cumtown, and it is pretty NSFW so I'll put it in here so our Petie Pure thoughts members don't get blindsided . . . Guy's bit is really taking lemons and turning it into lemonade.

This is a surprisingly good mix

Wow, stumbled on maybe the darkest real horror story I've ever found on the Interwebs: http://www.2arms1head.com/

Found it in a comment post to this, which I don't know if this is a reference to a particular wreck or what . . . https://www.reddit.com/r/Cumtown/commen ... o_go_fuck/

Seems like it is either a VERY elaborate hoax, or not a hoax, though the question of whether he actually killed himself and in particular if he continued to type after having wounded himself with a knife is pretty wide open.

The message board where he talked about his trip and all the planning he had done: https://advrider.com/f/threads/seattle- ... 50.136505/

If you want something disturbing there is the story of Chip Chan. Chip Chan (real name Park Je-an) is a South Korean woman who has been live streaming for up to 20 hours a day every day since 2006. She believes she has been implanted with a mind control chip in her right foot by a corrupt police officer she refers to as "P", who can take control of her body and cause her to become unconcious at will and who holds her hostage in her apartment.

Chip-chan was first discovered in a 4chan webcam thread in 2008. In these threads, users explore various opensource webcams and post interesting finds. Chip-Chan was discovered sleeping in an unusual position and was initially thought to be dead, which sparked attention on the site. It soon became clear that she was sleeping, though for abnormally long periods of time, at unusual times of day. She sleeps in extremely uncomfortable positions, sitting in a chair or lying on the floor.

She appears rather unkempt, in poor health and extremely lethargic. She has outbreaks of skin rashes and wounds of unknown cause which she upload pictures and videos of.

Several theories about Chip-Chan has evolved over the years, ideas ranging between the whole thing being an art project, to her being ill, to her own story being true...


I could be the catalyst that sparks the revolution
I could be an inmate in a long-term institution
I could dream to wide extremes, I could do or die
I could yawn and be withdrawn and watch the world go by
What a waste...
Top

She is mentally ill. Sad that that shit has been going on for so long.
Anthro's NSFW Thread
Top

How my dog likes to sleep... 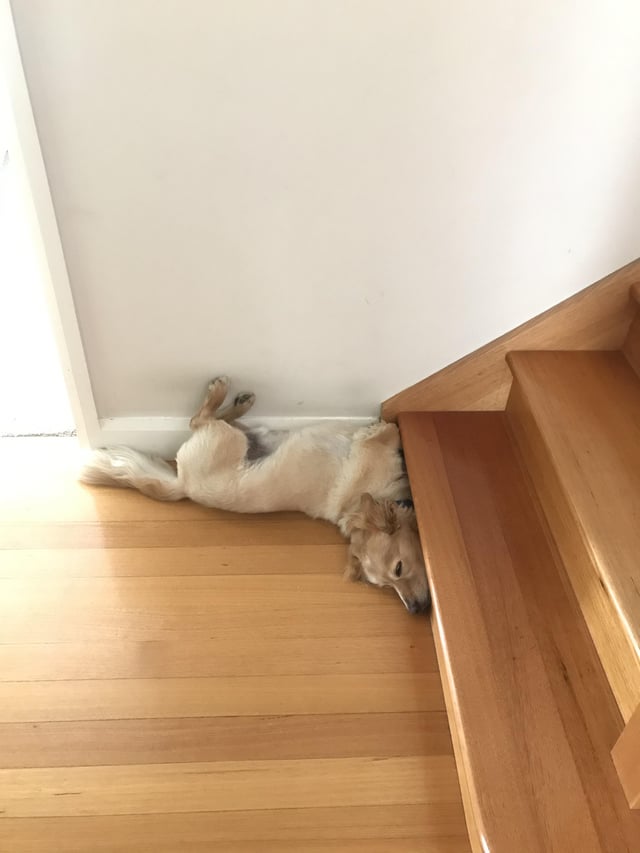 Hmmmph, I guess not everything on r/gifs is NTT propaganda . . .
https://gfycat.com/finebogusgalapagospenguin
Anthro's NSFW Thread
Top

From r/TOTALLYNOTROBOTS
A QUICK VISUAL REPRESENTATION OF ME AT MY HUMAN JOB, PROVIDING SUSTENANCE FOR MULTIPLE CONSUMPTION UNITS.