by chijohnaok
For those Northerners still suffering from a winter cold, here is a little tip for you..... 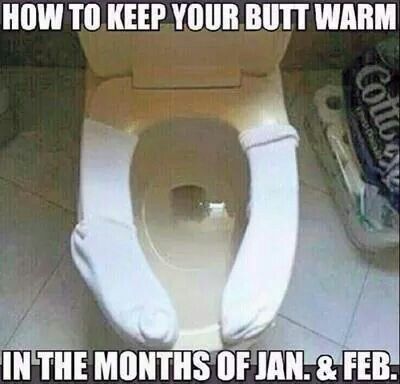 Courtesy of Ace of Spades.

by Anthropoid
Sunny and ~65° today in Alanta

Anthropoid wrote:Sunny and ~65° today in Alanta

And how much it is from the expected, Kelvinwise I mean?

The weather is always changing. But then there is just noise and no trend.

Freezing in the Dark

There has been much concern about possible hacking of the power grid by Russia, China, and others. Here we have a segment from Rachel Maddow, inspired by a threat analysis from the US Intelligence Community. From the analysis:

China has the ability to launch cyber attacks that cause localized, temporary disruptive effects on critical infrastructure–such as disruption of a natural gas pipeline for days to weeks–in the United States. Russia has the ability to execute cyber attacks in the United States that generate localized, temporary disruptive effects on critical infrastructure.

What would happen? Nothing good. These are serious threats, and I doubt that Russia and China are or will continue to be the only entities able to conduct such cyberattacks. And there is also plenty of risk for non-cyber attacks…physical-world sabotage…which could have similarly malign impact on energy infrastructure.

But we don’t need to wait for a foreign adversary or domestic terrorist organization to cripple our energy infrastructure. We can quite effectively do it to ourselves.

In late January, it was very cold in Minnesota. And there wasn’t a lot of wind. Natural gas, also, was in short supply, as a result of pipeline capacity constraints. Xcel Energy urged its gas customers to turn down thermostats and water heaters, and to use electric heaters as necessary. The electricity was coming from primarily coal plants (40 GW) and natural gas plants (about 23 GW)–the gas plants, of course, are also dependent on pipeline capacity.

Also in Minnesota, here’s a large solar farm covered with snow. Wonder if it’s melted or been swept off yet? And here’s a cautionary story from Germany, where long, still, and dim winters do not mix well with wind and solar power generation.

Solar and wind in most parts of the US are now small enough in proportion to overall grid capacity that shortfalls can be made up by the other sources. What happens if they come to represent the majority of the grid’s power capacity–not to mention the exclusive source of capacity, as demanded by some?

It may be feasible to store a few hours of electricity without driving costs out of sight…but what about the situation in which wind and solar are underperforming for several days in a row? Interconnection of sources and demands over a wide area (geographical diversity) can help, but is by no means a comprehensive solution. So far, the gas, coal, and hydro plants have been there to kick in where necessary.

Almost every day, there are assertions that new solar is cheaper than its fossil-fuel equivalents. This may be true in some areas if you ignore the need to match supply and demand on an instantaneous basis. But if the fossil-fuel plants are there to handle only those periods when wind, solar, and limited battery storage aren’t sufficient to meet demand, then the total energy production against which their capital cost is charged will be much lower, and hence, the cost per unit will go up. (See the California Duck Must Die for a nice visual portrayal of how widespread solar adoption has changed the load curve for the other sources.) In some states with net metering, a home or business owner can sell excess power to the grid when loads are low and buy it back at the same unit price when loads are at their maximum. This becomes especially problematic when “renewables” become a major part of the mix. Unless incentives are intelligently crafted–unlikely, given politics–“renewable” sources will effectively be subsidized by conventional sources and potentially make the construction and maintenance of those conventional sources impossible. See If Solar and Wind Are So Cheap, Why Do They Make Electricity So Expensive?