China quietly cuts off the cash flow to North Korea


Over the weekend there was news of a shift in the international stance regarding North Korea’s mad dictator and his increasingly provocative demonstrations of the isolated nation’s power. In a process which actually began in December, China took the nearly unprecedented step of having their banks freeze the assets of North Korean depositors and halt all cash transfers to Kim Jong-un’s realm. Given their status as Pyongyang’s only effective ally, this signals a serious strain in relations and a sign that North Korea may have finally gone too far. (Yahoo News)

Citing phone conversations with an unnamed employee of ICBC’s office in the northeastern Chinese border city of Dandong, the Dong-A Ilbo reported that since late December it had suspended all deposits and transfers of foreign currencies in and out of accounts with North Korean names.

“(The bank) had never told me why it was taking such measures, but it seems that they are related with the strained relations between North Korea and China,” the ICBC employee told the Dong-A Ilbo.

The significance of this move is difficult to parse out, particularly because we’re talking about two of the most secretive nations on the planet, with state controlled media and very little in the way of transparency. China never seems to be terribly upset about Kim’s antics when they’re sticking a finger in the eye of the west, but what they clearly desire more than anything else is stability on their border. Having a friendly state residing there is a plus, but that evaporates if the entire region breaks down into open warfare.

China also has the only real leverage over the North Koreans. International sanctions don’t stop Kim’s regime from going off the rails and the prospect of a renewed shooting war isn’t in anyone’s interests unless it simply can’t be avoided. But the one area where China really holds the leash is their economic ties to the regime. The Council on Foreign Relations reports that even during periods of stressed relationships, China accounts for nearly all of North Korea’s trade and support.

China provides North Korea with most of its food and energy supplies and accounts for more than 70 percent of North Korea’s total trade volume (PDF). “China is currently North Korea’s only economic backer of any importance,” writes Nicholas Eberstadt, senior fellow at the American Enterprise Institute. In September 2015, the two countries opened a bulk cargo and container shipping route to boost North Korea’s export of coal to China and China established a high-speed rail route between the Chinese border city of Dandong and Shenyang, the provincial capital of China’s northeastern Liaoning province. In October 2015, the Guomenwan border trade zone opened in Dandong with the intention of boosting bilateral economic linkages, much like the Rason economic zone and the Sinujiu special administrative zone established in North Korea in the early 1990s and 2002, respectively.

To put that in perspective, here’s a graph of how the China – North Korea trade flow has grown just since 2000.

Zhiqun Zhu at The Diplomat has been studying the situation extensively and concludes that China now recognizes that they have essentially failed in their role as a responsible power in the region. The two biggest losers in any collapse of the North Korean situation are the United States and China, with the latter inviting tremendous destabilization on their own doorstep if Kim’s nuclear weapons program grows further out of control. That doesn’t mean that Beijing is on the verge of working toward the overthrow of the North Korean government and putting Seoul in charge of things (which would be an almost equally undesirable situation for them) but they do need to establish some checks on Kim’s madness.

Is shutting off the cash flow the first step on that path? Possibly, but it’s unclear if even that would deter Kim’s ambitions. Their people are already starving to death in large numbers, with millions more rotting away in prison camps. Until the sanctions and hard times begin to hit the leadership in Pyongyang personally the madman may simply stick to his guns.

I am surprised that the PRK makes $8.5B worth of something that someone else would want (other than nukes and missiles which the Chicoms already have)
Strong supporter of global warming as I have invested in speculative vineyard properties around Nome
Top

jack t ripper wrote:I am surprised that the PRK makes $8.5B worth of something that someone else would want (other than nukes and missiles which the Chicoms already have)

Here is a chart from 2013 showing their top exports:

They export alot of raw materials (roughly 50% of exports) (coal & irone ore), clothing (who'd have imagined that?), and fake US Bank Notes.
The American Republic will endure until the day Congress discovers that it can bribe the public with the public’s money.
- misattributed to Alexis De Tocqueville


... The North Korean regime lost contact with one of its submarines earlier this week ... 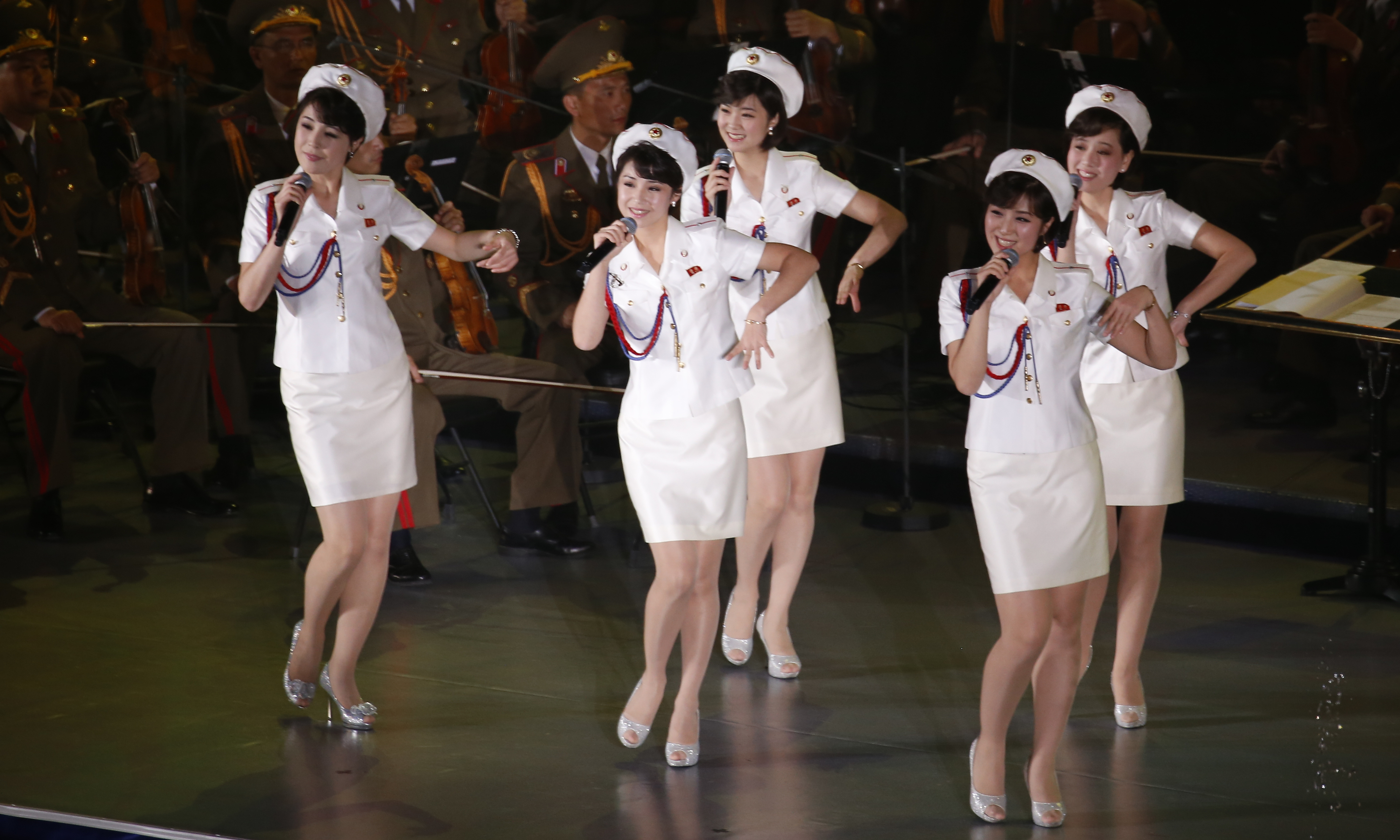 If they gain 10 lbs they are taken out to a field and the Dear Leader fires AA guns or mortars at them.

"The time has come for us to say sayonara"

Kim Jong-un's aunt took a leaf out of Hitler's nephews book and decided to go live the American dream...


An aunt of the North Korean leader Kim Jong-un has been running a dry-cleaning business in the US after defecting with her family in 1998, the Washington Post reports.

Ko Yong-suk told how she looked after Kim when he was at school in Switzerland.

The CIA, which reportedly helped them buy a house after their defection, has not confirmed or denied her claims.

In a wide-ranging interview with The Washington Post, Mrs Ko set out how she was sent to Switzerland with her husband, to look after members of the ruling family studying there.

She remembers Kim Jong-un as "short-tempered" and with a "lack of tolerance".
'I changed their diapers'

Although Mrs Ko has not seen her nephew for nearly 20 years and does not appear to have held an official position, some of the details revealed in the interview shed new light on the patchy information available about the North Korean leader.

"He and my son were playmates from birth. I changed both of their diapers," she told the newspaper.

Another insight that will catch the attention of Korea observers is that Kim allegedly knew from 1992 that he would become the North Korean leader.

The signal was sent at his eighth birthday party, attended by North Korea's top brass, she said.

The rest of the world learnt this during the North Korean Workers' Party Conference of 2010.

t remains unclear why the family defected to the US.

The Washington Post suggests it may have been out of fear that they would fall out of favour after Kim's mother, who had breast cancer, died.

After months of questioning by the CIA, the family moved to the US and set up a dry-cleaning business.

Mrs Ko considers herself lucky. "My kids went to great schools and they're successful, and I have my husband, who can fix anything. There's nothing we can envy," she told the Washington Post.

Her husband agrees, saying "I think we have achieved the American Dream".

Mrs Ko came to public attention last year when she filed a defamation case against three defectors for allegedly spreading false stories about her.

And the latest from North Korea:

North Korea executes 5 with anti-aircraft gun
The American Republic will endure until the day Congress discovers that it can bribe the public with the public’s money.
- misattributed to Alexis De Tocqueville

But they are bigger shells.