Who?
William Hervey Allen, Jr. (1889-1949) was born in Pittsburgh, Pennsylvania where he later attended the U.S. Naval Academy, but was given an honorable discharge after having “overstrained himself in athletics” (Kunitz 18). He graduated from the University of Pittsburgh in 1915, then joined the Pennsylvania National Guard. He served as a lieutenant in the infantry in World War One and was severely wounded.

After returning to the U.S., Allen settled down in South Carolina and began his career as a teacher and a writer, teaching English at Charleston High School and founding the Poetry Society of South Carolina. He later lectured at Columbia and then Vassar where he met Ann Hyde Andrews, whom he married in 1927.

So what's this book about?
Anthony Adverse was published in 1933, and was to be Hervey Allen’s best-known and most successful work. Nearly penniless by the time he finished the novel, the royalties alone allowed him to buy a manor in Maryland.

Anthony Adverse tells the life-story of the eponymous Anthony. And when I say life story, I mean it covers his entire life in near-exhaustive detail, from the circumstances surrounding his conception in 1770’s Europe, to his death in Mexico at what I would guess to be the 1820’s or later.

This is an adventure novel, following the orphan Anthony, the son of a noble Scottish woman and her lover, abandoned at a convent by his mother’s husband, the evil Marquis Don Luis. Coincidence finds him the ward of his maternal grandfather, a wealthy merchant in Livorno, Italy. From there, his adventures include everything from African expeditions to owning a Southern plantation, to doing battle with Native Americans.

The book is out of print but no old enough to for US Gutenberg, but Aussie Gutenberg has it at http://gutenberg.net.au/plusfifty-a-m.html

I read this book back in spring..should have posted. Excellent book on Grant, both the war and president years. Chernow writes a great book, have enjoyed all his publications.

"There are times when a corps commander's life does not count..." Major General W.S.Hancock- "Thunderbolt of the Army of the Potomac"
Top

Let me tell you my favorite Kennedy assassination theory, which I developed up myself using my patented automatic conspiracy generator. In my scenario,. there’s a tough old West Texas rancher – ex-marine, WWII vet, very old school. Married to a very pretty, extremely wild, much younger wife. He finds out that JFK has been screwing that young wife of his, protests to no avail, and while doing business in Dallas takes the opportunity to pot the POTUS as a purely personal question of honor. His wife is impressed, and calms down for a year or two.

Sounds good to me.
Posted by Keld Denar
+3 Girlfriend is totally unoptimized. You are better off with a +1 Keen Witty girlfriend and then appling Greater Magic Make-up to increase her enhancement bonus.
http://www.giantitp.com/forums/showthre ... D-2-5-What
Top

Spent the holidays up in Chicago and drove up and back for this trip, leaving me with a lot of time in the car.

Found an app on my IPhone called Free Books/Free Audio Books and did some listening during the drive.
Audio Books that I made it partially and/or completely through include:
—-Star Trek/Lost Frontier (this is a fan fiction book)
—-The Legend of Sleepy Hollow by Washington Irving
—-Several of Arthur Conan Doyle’s Sherlock Holmes storied
—-The Blue Cross by GK Chesterton
—-Personal Memoirs by US Grant
—-Anthem by Ayn Rand
—-Sailing Around the World by Captain Joshua Slocum

The best part is that these were all free, either in the public domain because they are old and the original copyright expired, or they were fan fiction uploaded for free distribution

Through this I also found out about a website called Librivox (at Librivox.org) which is all public domain (free) audiobooks. The books were all read and uploaded by volunteers.
They have over 12,000 titles, with over 1,600 of them in 36 different, non-English languages.

These are great for listening to on long drives or other sitatuations were holding a tablet or flipping pages in a book is not convenient.

Happy ear reading!
The American Republic will endure until the day Congress discovers that it can bribe the public with the public’s money.
- misattributed to Alexis De Tocqueville

In the Heart of the Sea by Nathaniel Philbrick. The story of the Nantucket whaleship Essex. This based on fact story provided the basis for Herman Melville's Moby Dick. A great read as Philbrick is well known for his wonderful ability to tell the story while weaving in historical background...in this case the Nantucket whaling industry at its peak in the early 1800's. Once I started, could not put it down. I believe there was a movie released back in 2015, but have not seen it. I expect the book is better than the movie. "There are times when a corps commander's life does not count..." Major General W.S.Hancock- "Thunderbolt of the Army of the Potomac"
Top

It's listed as teen/young adult. But David Foster at Chicago Boys feels it fit adults to a tee.

The Tyrant's Daughter.
Alan Lattanner
5.0 out of 5 stars
https://www.amazon.com/Tyrants-Daughter ... uage=en_US
Clever and Compelling. Imaginative and Insightful. One-of-a Kind in the Alternate History Genre.
July 30, 2015
Format: Kindle EditionVerified Purchase
A CIA operative whisks a dictator's family out of the country when the tyrant's brother grabs power. In a flash the blood-stained widow and her two children shift from a life of secure luxury to humdrum apartment life in suburban Washington D.C. Laila, the murdered leader's 15-year old daughter, tells the story through the eyes of a young, very intelligent, and aristocratic middle-eastern woman experiencing American-style freedom and the high-school social scene for the first time. An astute observer and articulate narrator, one might imagine her modeled on other near-eastern female political leaders educated in the west (Golda Meir - U. Wisconsin, Indira Ghandi - Oxford, and particularly Benizar Bhutto - Harvard/Oxford).

I found this book fascinating on many levels. The basic story line focuses on Laila's observations, relationships and cultural challenges as she acclimates to her new surroundings. Author J.C. Carleson, a Cornell U. psychology graduate as well as a former intelligence operative, crafts engaging dialog filled with subtle insights and perspectives. As other reviewers mention, there is a good deal of teen drama, but it is not overdone. On the contrary, Laila's interactions with her peers are believable, help build her character, and add to the suspense about how this bright young woman will evolve. This, however, is only the top layer of a more complex story simmering beneath the surface.

Scene shifts from chapter to chapter at times feel contrived, as in too abrupt or unexpected. One gets the sense of a movie or a play that is a bit too carefully scripted. There are only a few characters whom we get to know well. Others, important ones, are vaguely described and left to imagination to fill in the details. The same is true for events. I would like more background to make the story line more understandable. However, I think this patchwork of facts, people and events mirrors the real world as seen by a spy. You must make sense of things based on incomplete information. In this regard, Carleson does an excellent job of putting the reader in the shoes of a spook!

The bottom line is that I really like this story for its compelling main character, clever dialog, plot development and surprises, and especially for it's unique cultural perspective. Anyone following current events through the timeframe of 9/11 through the Arab Spring to today will see the parallels and gain new insights. As a work of literature it is outstanding as well.

Apologies in advance for this..... 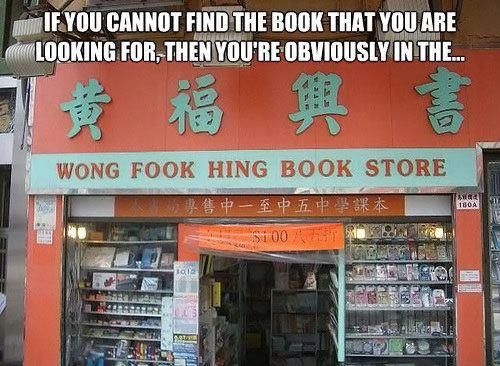 TopTenz
Published on Feb 10, 2017
Since these are the bestselling novels of all time, you will not find any non-fiction, religious, or political books, like The Holy Quran, The King James Bible, and Quotations from Chairman Mao Tse-Tung. If we were to include them, they would be the top three in the order that they are listed.


How many have you read?

Haven't read the De Vinci Code, Harry Potter, The Alchemist, The Hobbit, and The Lion, the Witch, and the Wardrobe
Posted by Keld Denar
+3 Girlfriend is totally unoptimized. You are better off with a +1 Keen Witty girlfriend and then appling Greater Magic Make-up to increase her enhancement bonus.
http://www.giantitp.com/forums/showthre ... D-2-5-What
Top

Here is an audio of Cromwell's, Grail Quest series.

Posted by Keld Denar
+3 Girlfriend is totally unoptimized. You are better off with a +1 Keen Witty girlfriend and then appling Greater Magic Make-up to increase her enhancement bonus.
http://www.giantitp.com/forums/showthre ... D-2-5-What
Top
Post Reply
309 posts